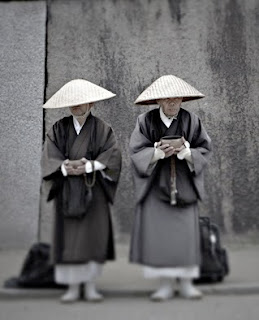 Modern contextual behavioral science has recently discovered that our verbal behavior can exert a powerful influence over our lives. It turns out that we verbally construct self rules abstracted from our direct experience of life and use these rules to guide our behaviors in specific contexts.

Initially, our behavior is shaped by the consequences of our experiences in a very direct way. For example, we learn to avoid people who are difficult to interact with in a given situation. After several contentious encounters, our behavior will be shaped by the interpersonal aversion we experience in these encounters. We will learn to avoid contact with this person. We will also re-construct these encounters in our minds via thinking and ruminating about them days, weeks, months, etc., later. Interestingly, we will also relive these contentious encounters each time we think of them.

In time we may construct a "self rule," to guide our behavior in relation to this person; e.g., "if you encounter Larry, try to avoid him, if possible, as he is so difficult to interact with!" Characteristically, these self constructed rules specify how we should act in a given context and the probable consequence we will experience by doing so. In this situation, the "Larry Rule," informs us that in situations where Larry is present, if we avoid him, we are less likely to have an unpleasant social encounter.

This all seems to make great sense except for one thing. There is a hidden negative side effect when we stick to following these types of rules. This effect is known as rule "insensitivity." Rule insensitivity describes a phenomena that occurs when we continue to follow a rule even when the original consequences that gave rise to the rule are no longer in effect.

For example, in the situation described above, Larry attends therapy and learns to become more socially skilled in his interactions with others. However, because we have internalized the "Larry Rule," mentioned above, we continue to avoid him even though the behavior that gave rise to the rule; i.e., his obnoxious social behavior, is no longer producing the social consequences that shaped it.

By clinging to the "Larry Rule," we never give Larry the opportunity to show us through his behavior that the "Larry Rule," no longer has any functional utility for us. We have lost contact with the direct experience of Larry. We have objectified Larry into an avoidance rule and relate to him accordingly.

Consider the following Zen Story known as the "Muddy Road."

Tanzan & Ekido were once traveling together down a muddy road. A heavy rain was still falling. Coming around a bend, they met a lovely girl in a silk kimono & sash, unable to cross the intersection.

"Come on, girl," said Tanzan at once. Lifting her in his arms, he carried her over the mud.

Ekido did not speak again until that night when they reached a lodging temple. Then he no longer could restrain himself. "We monks don't go near females," he told Tanzan, "especially not young & lovely ones. It is dangerous. Why did you do that?"

"I left the girl there," said Tanzan. "Are you still carrying her?"

Rules, as self constructed guiding thoughts, have great value in helping us to organize our responses to the myriad situations we encounter in life. However, its important to note that they can never specify all of the possible situations we will encounter. They also don't map on to the ever changing nature of life very well over time.

When it comes to verbally self constructed rules that we use to govern our behavior, its important to "know when to hold them, & know when to fold them."

It's important to hold these rules lightly for when we stay present to what is actually happening in this very moment, sometimes breaking them is the most compassionate action we can take.
Posted by Unknown at 4:25 PM 1 comment: