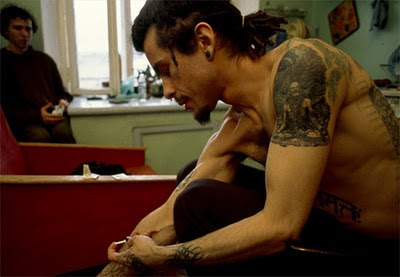 I received a call from admissions regarding a potential patient for our program. The attending psychiatrist was reluctant to send him to our Partial Hospitalization Program. She knew his history of herion addiction and repeated hospitalizations and admissions to addiction treatment centers. He was deemed to be beyond help - a hardcore confirmed addict who manipulated his way in and out of treatment centers when things got too tough out there on the streets. They called me to see if I wanted to meet with him and assess my willingness to bring him into our program. I agreed to meet with him.

I meet with him on a locked co-occuring disorder unit. He was there to de-tox from heroin. During my conversation with him he disclosed some of his history. His father was a terribly abusive man who beat him and his brother on regular basis when they were kids. By the time he was 14 he had had enough and attempted to run away from home. He was picked up by a pedophile who brutally raped him at gunpiont.

He was largely adrift after that until he was old enough to enlist in the Army. He did a tour in Vietnam where he spent his time as a tunnel rat. That job involved crawling into tunnels with a flashlight and a .45 caliber pistol to look for the Vietcong. On one such excursion, he was nearly killed in a face-to-face encounter with the enemy. They were literally inches apart when a life and death struggle ensued. He carries that memory as if it just happened yesterday.

After his discharge from the Army, he wandered from place to place adrift in his pain. He held a number of different jobs, was married several times, had two children, was in an out of VA hosptials and spent time in prison.

After several days in our program his clinician, a recent Ph.D. who is big on clinical knowlege but short on empathy, informed me that he was not responding to her. She felt there was nothing more we could offer him.

During her day off I had a chance to see and ask him, "Who are you?" He answered, "I am an addict."

I tried a couple of techniques to try to pry him loose from this conception of himself. He quickly intuited what I was up to and successfully thwarted each of my attempts.

He was good at this type of therapist/client dance and seemed to enjoy it. So I just let go of my agenda and decided to just bear witness to his story. To suspend all of my ideas about him and see what would happen when I placed no clinical demands on his behavior.

He suddenly changed. He stopped being evasive and manipulative. And he told me a story. He said that he once read a play by Ingmar Bergman about a woman who was a famous actress. She had a daughter and she was being groomed to replace her on the stage. Finally, the fateful day arrived when the mother ceded her place on the stage to her daughter. She stepped off the stage never to return.

He was sharing this story as a metaphor for his own life. He said that all his life he had been living in fear. He turned to drugs and addiction as a way to cope with his fear and learned to lie, steal, manipulate and dance the dance of addiction which became his life.

One of things that he came to realize was that stepping down from the "life stage of addiction" brought him face-to-face with a painful realization. He didn't know who he was. Other people he had known in his life spent their lives building careers, becoming successful, cementing their identities and becoming known for their actions.

All he had ever known was the life of an addict. Without that he didn't know who he was.

I told him the following story:

Emperor Wu, of China asked the Great Teacher Bodhidharma, "What is the highest meaning of the holy truths?"

The emporer said, "Then who is this facing me?"

We looked at each other for a moment and then I said, "Not knowing is the highest truth."

Upon hearing this the patient broke into a broad smile.

We silently did a fist bump and ended our session together.
Posted by Unknown at 8:01 AM 2 comments:

What Does Your Experience Tell You?

One day, over 2500 years ago, The Buddha sitting atop Vulture Peak in India, held up a single flower before a vast assembly of his followers. All were silent except for Mahakasyapa who broke into a smile. 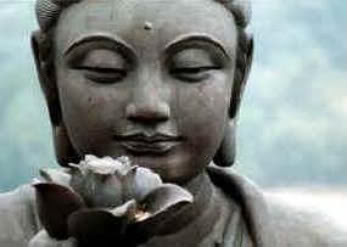 The Buddha responded, "I have the all pervading True Dharma, Incomparable Nirvana, exquisite teaching of formless form. It does not rely on letters and is transmitted outside scriptures. I now hand it to Mahakasyapa."

If that which is being transmitted cannot be verbally expressed - what can it possibly be?

Ernie has suffered from anxiety as far back as he can remember. His stepfather is the only father he has ever known: a guy that he can never please. For the last 30 years all Ernie has ever heard is what a disappoint he is to this man. No matter what he does, it is never good enough - there is always some flaw his stepfather can find to keep Ernie anxious and on guard.

Ernie thought he would get away from the pain this relationship entailed by enlisting in the Marines and going off to fight in Iraq. He told me that at least there he was able to discharge years and years of pent up rage on the battlefield.

When I first met him he was residing on a locked unit of a psych ward for expressing suicidal ideation. He is only 35 years old.

We were working with Ernie to enable him to experience what it would mean to be present with all his anxiety and fear AND move in a valued life direction. It was a notion so foreign to him that each time we worked with him in this way he would shake his head in despair.

About one minute into this effort, he suddenly burst out laughing. When I asked him what he was noticing in the moment he replied, "This is ridiculous!" Of itself the fruit is born. He realized that his misery was totally of his own making - that it was his choice. When he clearly saw this with his own prajna eye - he woke up.

The Buddha held up a single flower and Mahakasyapa smiled.

What does your experience tell you?
Posted by Unknown at 7:37 PM No comments: