MAN OF NO RANK 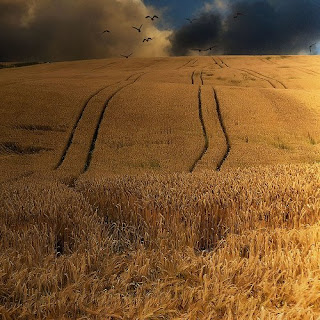 The Sangha of the Montague Farm Zendo recently spent their winter practice period (Ango) studying the nature of "mind". What exactly is it? Where is it? Is there anything that is not it? A study of the mind invariably leads us to a study of the self. What exactly is this notion of self? Buddhism teaches that we have no abiding permanent self. The notion of a separate self is an illusion. Why then do we seem to carry this "sense of self" around with us all day ... this vague perception of a mind and/or self that resides within each of us ... often located somewhere in our heads just in back of our faces within our skulls.

Much of modern psychology is taken up with the matter of self. We hear psychologists speaking about such "things" as our "self image". We are sometimes thought to suffer from feelings of low "self esteem". It is great to have a lot of "self confidence" and to be "self assured". And lets not forget that homonculus called our "self identity" that is mysteriously ever present giving rise to the now famous quip, "wherever you go, there you are". And why then are we praised and revered when we act in a "selfless" way on behalf of others? If having a "self" is so important, why is acting in a way that that is without self so praiseworthy? Doesn't this all seem a bit confusing?

During a three year period between 1887 and 1890, Vincent Van Gogh, the famous Dutch artist, painted over 30 self portraits ... almost one per month for each of the last three years of his life which ended tragically in July of 1890 when he took his own life.

Who was this man, beloved by all in this modern era but lonely and dejected during his own lifetime? And who are each of us? ... really. We pass our days as if we will live forever, never thinking much about our own mortality, never questioning the meaning of our own existence. And then one day we're gone. As if we had never been here at all. It is pretty much a fact that 100 years from today, almost everyone who is alive on this day, including all the babies born today, will be dead and gone. That is over 6.5 billion people! All gone ... forever.

The great Zen Master Rinzai once addressed an assembly of monks saying, "There is a true person of no rank. He is always leaving and entering the gates of your face. You beginners who have not witnessed him. Look! Look!"

Take a look at this YouTube video of Vincent Van Gogh ... watch him leaving and entering the gates of his face ... then ask yourself this question: Is it possible that our so called "self" is nothing more than an optical delusion brought about by language and that the real self or True Self does not abide anywhere at all but simply manifests continually in the changing of each moment as our six sense organs; i.e., eyes, ears, nose, tongue, body and mind interact with the six sense objects; i.e., sights, sounds, smells, tastes, touch and thoughts to produce the six functions of mind; i.e., seeing, hearing, smelling, tasting, touching and thinking. And this grand, ever changing dance of the senses is nothing more than "the man of no rank" entering and leaving your face? Beyond that, there is no self to speak of ...