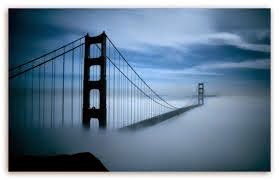 Will it have to come down to one final regret before we finally see that our life, this life, is the Way?
Posted by Unknown at 1:01 PM No comments: