The Eternal Flame of Self 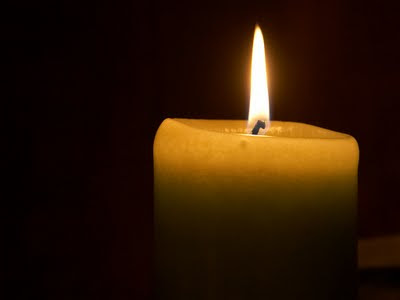 I was working with a group of uniformed service workers, two Irag war veterans, a former military cop, a correctional officer and a former police officer attempting to unravel their suffering from posttraumatic stress disorder (PTSD). I direct a partial hospitalization program for fallen heroes like these men and women who suffer with anxiety, depression, substance abuse, rage, flashbacks, and other forms of traumatic reliving that makes their day-to-day existence a living hell. They come to us seeking refuge from their own minds which torment them on a daily basis.

We all know pain ... it visits us many times throughout our lives and is a constant companion as we get closer and closer to the end of our days. Pain has many faces. For example, sometimes it is physical in nature and sometimes it lives within our mental experience as sadness, loss, regret, self criticism, etc., etc.

Someone once said that pain is mandatory but suffering is not. So what is the distinction between pain and suffering that this statement is pointing to? One view of this distinction is the notion that pain comes from our direct experience of the world. Suffering, on the other hand, results from our mental representations of painful experiences (thoughts, emotions, sensations) that function as psychological "stand ins"; i.e., symbols (mostly verbal) of our actual painful experiences. We also want to be free of the psychological ghosts that continually haunt us. We don't want to have these memories, feelings and sensations causing us to relive our pain over and over in our minds.

So why does our psychological experience of pain stick in our minds and show up as mental suffering and anguish long after the actual painful event which produced it has long disappeared from the physical world? For example, why does the sight of a twelve year old boy crossing the street in downtown Boston cause a combat veteran to flashback to an event that happened years earlier in a war zone during which time he killed a twelve year old boy who was trying to blow up a convoy the soldier was riding in?

The answer to this question is rather complex but one factor that plays a definitive role in the epidemiology of trauma is the fusion of memories of painful events with an ongoing, post traumatic, sense of self. One possible answer may be embedded within our conditioning in regard to a deep seated and separate sense of self.

Buddhist teaching has often used the metaphor of a flame to expose the illusion of a distinct self that is separate from the rest of existence. When we look at a candle we see a flame. Isn't interesting that the word flame is a noun: a person, place or thing. However, we learn in elementary school science class that the flame is not actually a thing - it is a process. It would be more accurate to say that what we see on top of a candle is flaming - a verb.

Similar analogies can be made about other "things" such as a river. Remember the old adage that you can't dip your foot in the same river twice - I think it was Heraclitus who said that. The wind is another example. You can't raise your finger to touch the same wind at two different times either.

It is believed that all dharmas are like this including our own bodies and minds. Rather than being a noun we are a verb. There is no Jim - there is only Jimming. This analysis says that there is no permanent and unchanging self just like there is no permanent and unchanging flame. We, like the flame, are a self as process - constantly selfing, constantly changing yet appearing as if we are some substantial thing - like the flame on a candle.

What does this have to do with trauma? It has been said that our deepest and most fundamental fear is that we are not anything. That we are not permanent, solid and unchanging. Freud said that our most fundamental fear is the fear of our own death. Fear of the reality that one day we will not exist anymore. But what if we have always existed in a groundless state of moment to moment existence? What would our lives be like living each moment from that sense of self - a groundless self characterized by constant change, fluid and dynamic?

When we embrace the fact of our essential groundless nature we can truly let go of suffering. If there is no one home then the memories of former painful experiences are just momentary experiences happening to no one. They arise and fall away of themselves like the waves on the ocean.

Surf's up ... let's ride each wave as it arises - sometimes painful, sometimes pleasurable and everything in between - being nothing more or less than the truth of our lived experience - emitting the light of the flame of our Eternal Self.
Posted by Unknown at 11:30 AM No comments: